10 Mind Traps That Distort The Way You Think

Have you heard of the term cognitive distortions? Referred to casually as mind traps or thinking traps, they are classified as thought patterns that distort reality.

Usually, they are irrational, extreme, or negative beliefs – and they’re awfully common! These automatic thoughts transform into habits that become so natural, the person who thinks them never considers that they could change.

Sometimes, they can’t even recognize that it’s happening. These people tend to think that “things are the way they are” and they accept their harmful thoughts.

But if left unchecked, unhealthy thought patterns will negatively impact your mental health – leading to increased stress, anxiety, and depression.

The longer cognitive distortions live in your mind, the harder it is to make logical decisions – which can further impact your wellbeing. If you want to improve your mental health and rid yourself of any mind traps you may have, the first step is identification. Here are the most common ones: 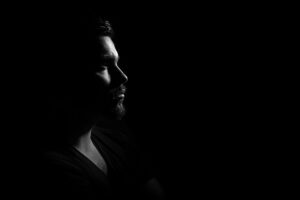 Also known as polarized thinking, this is an ‘all-or-nothing’ mindset, that things happen either all the way or not at all. When extremes become the norm, you’ll start to think that there are only two outcomes to any situation: wild success or terrible failure.

You might start to believe that people are either ‘all good’ or ‘all bad,’ or that they must be either a loyal friend or an enemy. This cognitive distortion is completely unrealistic. It erases all gray areas or spectrums and leads you to believe things that are often untrue.

Reality doesn’t exist in extremes, and seeing it like that is unfair to yourself and others.

Do you predict the outcome of something based on just one instance of it? If you do, you’re guilty of overgeneralization. For example, you fail a math test and then you think you’re hopeless at math. Or you mess up a job interview and then think that you’ll never be able to land a job.

When you ignore the positives and ruminate on the negatives, you’re mentally filtering your perception of reality. Let’s say, for example, you get feedback on a project.

Do you look at the whole picture, celebrate the compliments, and choose to grow from the criticism? Or, do you mentally filter, hone in on the criticism, and feel bad about it? This way of thinking is inaccurate, and it can increase anxiety levels and worsen symptoms of depression.

Always being pessimistic about yourself, the world around you, and the future can make you feel hopeless.

Similar to mental filtering, not taking responsibility for the good things in your life is a form of negative bias in thinking. This thought pattern is different than ignoring or overlooking the positivity in your life.

Instead, when good things happen, you might believe that it was luck or explain it away as circumstance. When you don’t acknowledge that your success is yours, you’ll start to feel a lack of control over your life.

If you fail to recognize how your hard work, good decisions, and skills help you accomplish your goals, your levels of motivation will decrease over time. This is known as learned helplessness.

There are a few ways we jump to conclusions and decide that we know the full picture – when really, we’ve only seen a small part of it. One of the most common forms is fortune-telling.

This cognitive distortion occurs when you predict negative outcomes with almost complete certainty – when you don’t have evidence to back it up.

One instance might be if you don’t hear back from your partner in an hour or two. You conclude that your relationship is doomed, and predict that they’re going to break up with you. Another way that people jump to conclusions is mind reading.

This happens when you assume what someone else is thinking. If you get a weird look from someone, you might automatically assume that they don’t like you or that they’re judging you – when in reality, they might not be thinking about you at all.

Jumping to conclusions usually disregards the facts and leads you to assume the worst.

Have you ever heard your parents tell you that you’re “making a mountain out of a molehill?” Essentially, that’s magnification. This cognitive distortion makes things out to be much worse than they actually are.

Minimization is the opposite. That’s when you take something that is a big deal and pretends like it’s nothing. This mind trap alters the significance of events.

A small mistake might be blown out of proportion, or success that deserves celebration may be dismissed as unimportant. Usually, the negatives grow, and the positives shrink.

Magnification and minimization are especially common in people with chronic anxiety and those who experience panic attacks. Fears increase in size while healthy coping skills are minimized.

In contrast to logical reasoning, emotional reasoning works on the premise of: if I feel it, then it’s true. The problem is that our feelings aren’t always an accurate indication of reality.

When someone experiences this cognitive distortion, they believe their feelings without question. This leads to automatic and unsupported thoughts.

For example, if someone feels stupid, boring, or worthless, they’ll start to believe it. If they feel unloved and unappreciated, they’ll accept it as a fact – even if there are plenty of people who love and appreciate them deeply.

Our emotions are strong, and if we let them overpower rational thinking, they can overwhelm us with unhealthy and negative beliefs.

When you try to motivate yourself, do you tend to say things like “I really should do the dishes” or “I shouldn’t procrastinate”?

Using ‘should’ statements like this emphasizes rules about how one should behave, and often highlights a failure to behave in a certain way.

It leads to feelings of frustration, anger, and resentment. For instance, you think that a cab driver ‘should’ know the city like the back of their hand – and you become angry if he or she makes a wrong turn or doesn’t automatically know how to reach your destination.

The same thing happens when you fail to meet your own expectations. You might even feel guilty.

These mind traps are extreme forms of overgeneralization. When you label, you use a few minor events, experiences, or behaviors to judge someone’s character. This often leads to stereotyping.

For example, you see someone tipsy a couple of times, and you label them a drunk. If you experience this cognitive distortion, you’ll end up underestimating or misunderstanding other people.

See also  How To Stop Caring What People Think

We might also mislabel ourselves with unjust over-exaggerating. When you use intense emotional language toward yourself in an undeserved way, you’ll end up berating yourself or ruminating.

One example of this is calling yourself “repulsive” or “disgusting” after eating fast food while on a diet.

This last mind trap is one of the most common. Personalization is when you take things – that have nothing to do with you – personally.

Blaming yourself for circumstances that are out of your control is one form of personalization. When you do this, you see events that are not connected to you or caused by you as your fault.

You might also engage in this cognitive distortion with other people – by assuming that they are excluding, targeting, or judging you. This mind trap is especially dangerous because blaming other people for your negative emotions means you’re not taking responsibility for them.

Anxiety and depression are connected to personalization and blame, and in the most extreme cases, someone might take everything in their lives personally.

If you’re like most people, you recognize at least one of these cognitive distortions. You might fall victim to these mind traps or know someone else who just can’t get past them.

Thankfully, you don’t have to accept these unhealthy thought patterns as a way of life. It’s possible to change them and better yourself through cognitive therapy.

When you break your negative thought patterns, you gain the power to change how you feel and behave.

If you’re worried that cognitive distortions could be feeding into mental health conditions that you may be experiencing – like anxiety or depression – it’s a good idea to talk to a qualified therapist or counselor.

If you found this article then share it with your friends, so I can keep making them.

* 15 Psychology Tricks To Persuade Anyone

* If you don’t learn these 10 habits, you can’t be successful * How To Stop Caring What People Think

Why Digitalization of Business is Important today?