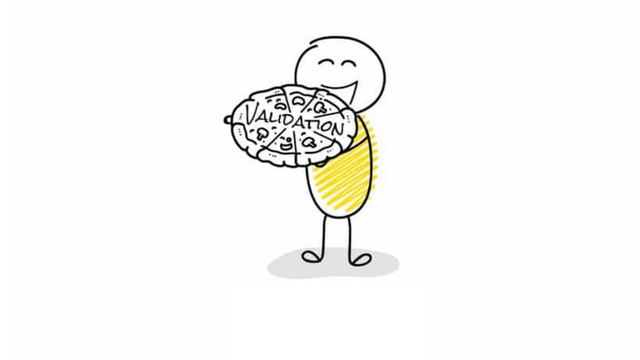 It’s completely normal to desire approval from others. After all, when others support us in this way, we feel validated, confident, and comfortable. Who doesn’t want to feel that way?

When someone agrees with your opinions, recognizes a job well done, or admires your decisions, approval is a positive social aspect.

While wanting to feel and receive approval from others isn’t unhealthy, sometimes our desire pushes us too far. Instead of doing things because we enjoy them, we feel the need to behave in ways that please others.

Seeking approval can become a chronic detrimental habit – and you might not even realize you’re doing it. When everything you do becomes a ploy to please people, a serious problem arises.

So here are 12 approval-seeking behaviors you need to stop doing.

Contents show
1. Disagreement Becomes a Personal Offense
2. Quickly Changing Your Mind
3. Struggling to Say “No”
4. Not Sticking Up for Your Beliefs
5. Gossiping for Attention
6. Pretending to Agree
7. Not Voicing Dissatisfaction
8. Pretending To Know Something
9. Over Apologizing
10. Fishing for Compliments
11. Resistance to Criticism
12. Not Behaving According to Your Beliefs
Conclusion

If someone approaches you with criticism or disagreement regarding your opinions, decisions, or behavior, how do you feel? Does it feel like they’re attacking or insulting you? If the answer is yes, you’re taking these disagreements to heart when you shouldn’t.

When you seek approval for validation about your self-worth, disapproval becomes a weapon of destruction. Without agreement or praise, you might feel bad about yourself or think that your opinions and feelings aren’t valid.

With this mindset, there is always one right and one wrong way to do anything – and that’s not a realistic world view.

When someone shows disapproval, you might get defensive. What happens when someone shares an opposing opinion before or even after you’ve voiced yours? Do you stand your ground with logical reasoning?

If you’re a people pleaser, you might soften your argument (or even change it) so that your opinions more closely align. Approval seekers often change their opinion depending on who they’re speaking to.

With fear of alienating others and a lack of confidence in their convictions, they resist adopting conflicting views to those around them.

See also  Why It's Better to be Single | 4 Reasons

Do you tell others “yes” at times when you want to say “no?” Do you over-commit to things you don’t genuinely want to do? Always saying “yes” causes physical and emotional exhaustion.

This unhealthy behavior will cause you to resent your commitments and regret not standing up for what you want (or don’t want). People who need to please others, often have a hard time setting boundaries and saying “no.” It stems from their desire for approval.

4. Not Sticking Up for Your Beliefs

This behavior seems obvious – if you want approval, you shouldn’t rock the boat.

Standing up for what you believe in is bound to upset someone, especially when you care passionately about polarizing topics like politics, personal values, or belief systems.

If you’re constantly seeking approval, you’ll shy away from these topics to avoid disagreement and the inevitable pain of rejection and disapproval.

Telling stories can make you appear smarter and more engaging. It may even help you feel accepted in a social group. But gossiping always backfires in the long run.

Spreading gossip is only a short-term solution to elicit approval. And although people may enjoy hearing gossip, they tend to dislike those who spread it.

It reveals that you may be untrustworthy or judgemental. After all, if you talk about others behind their back, what’s to stop you from gossiping about anyone in your life – including the people you gossip to?

Have you ever found yourself caught in a conversation you don’t want to engage in? The other person may be enthusiastically droning on about their opinions, and you don’t agree with what they have to say. Instead of speaking up, do you pretend to agree with them?

You might express support for another person’s opinion outright, or you could use nonverbal cues like nodding your head. Either way, in remaining silent about your honest opinion, you’re doing yourself a disservice.

Pretending to agree with someone is an unhealthy behavior that usually stems from a desire for approval.

It’s bound to happen to everyone… The food at a restaurant is cold when it’s served. An item you bought online is inadequate when it arrives.

The new clothes you ordered aren’t true to size – etc., etc…. What do you do when you receive services or goods that aren’t up to par? Do you address it immediately, or do you neglect to tell the server or customer service team? Maybe even pretend like everything is okay?

Either way, you’re not standing up for the level of quality you deserve (and paid for). Ultimately, you’re reinforcing the idea that you’re not worthy of the best.

8. Pretending To Know Something

The assumption is infamous for causing awkward moments, and we’ve all experienced the uncomfortable energy when someone thinks we know something that we don’t.

Whether it’s intellectual knowledge or a pop culture reference, an approval seeker will pretend to understand or know whatever it is.

The problem with nodding and smiling along when you don’t know what’s going on is that you’ll be exposed more often than not.

Instead of gaining approval, you’ll only experience ridicule for faking understanding.

Do you say “sorry” all the time? If apologizing is an instinctual response that comes easily and often, you probably say “sorry” even when nothing is your fault.

People pleasers are notorious for apologizing for the slightest things, even when no one has been blamed and everything is fine. If you didn’t do anything wrong, why the hell are you saying “sorry?”

Compliments are one of the best sources of validation, and some people-pleasers deliberately seek out approval in this form.

For instance, they may be making statements about themselves which they know to be untrue – whether it’s about their achievements, personality, or appearance – fishing for compliments to tell them the opposite.

They might fish for compliments even in situations where praise isn’t appropriate or well-earned – resulting in awkward scenarios of eager coercion.

Approval seekers may become irritated or upset when they fail to catch a compliment. If you struggle to feel worthy in the absence of compliments, you could be exhibiting this unhealthy behavior.

When approval is your primary goal, you might feel like you’ve failed when you receive criticism, even if it’s constructive.

People pleasers despise criticism even more than disagreement because they feel that other’s opinions of them determine their self-worth.

This approval-seeking behavior is often rooted in childhood trauma. When a parental figure criticizes or punishes a child for failing to achieve, the child often begins to seek approval and avoid both criticism and failure.

12. Not Behaving According to Your Beliefs

People pleasers often put themselves in situations where they follow others instead of their own hearts – even if it creates conflicts with their core beliefs.

This approval-seeking behavior may be understandable when you’re a teenager, but if you continue doing this into adulthood, you’ll lead an unhappy and inauthentic life.

If you exhibit any of these behaviors, remember that they are unhealthy. They can distract you from your true goals and values.

Seeking approval can become an addiction. The more you pursue and receive validation from others, the more addicted you become.

Just think of social media… As time goes on, you’ll realize that these people-pleasing behaviors don’t result in lasting joy. They merely waste your time and energy.

The approval of others doesn’t really matter in the long run – what does matter is that you approve of yourself. You are worthy, and if you believe that, you will become the most authentic, honest, and true version of yourself.

Then, the right people will approve of you and support you. And the wrong people don’t need to be in your life.

Are you an approval seeker? Does it bother you? If so, what are you going to do to change it? Let me know in the comments below.

Worth Reading Articles
1. 14 Risks Everyone Should Take In Life
2. How Do Tiny Habits Work? Achieve Anything

3. 6 Types of Best Friends You Will Make in Your Life
4. The Mindset Of A Successful Person

How To Know If You Are Sharing Too Much Information

How To Never Run Out Of Things To Say In Conversation