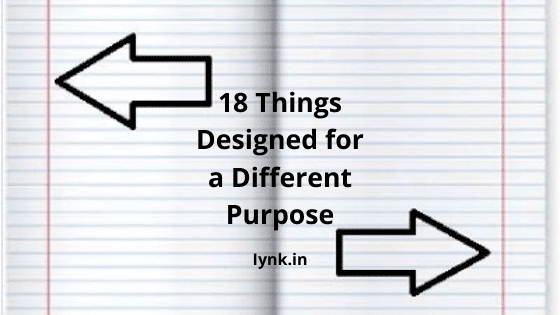 You know, once upon a time, I spotted a tiny groove on the bottom of my favorite coffee mug. Was it broken? Nope, it looked as if it had been made that way! And that’s how this crazy obsession started.
After googling this question, I discovered that tons of things I used every day without thinking twice — were equipped with tiny gizmos I’d never noticed! And here are 18 discoveries that impressed me the most.

Um, no, they aren’t for polishing your shoes. In fact, these brushes serve an important safety purpose. You might have heard that most accidents happen when people get their bags or clothes stuck in escalators because they stand too close to the sides. But when there are nylon brushes on both sides, you can’t help but keep your feet away from the escalator’s skirt panels. The result? No accidents! 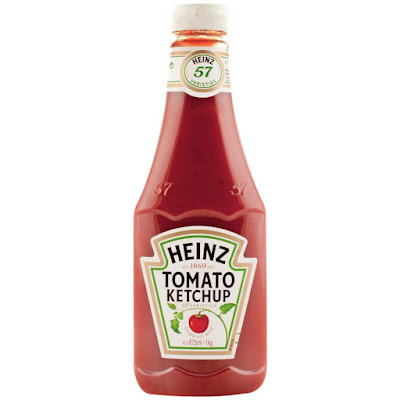 I was dumbstruck when I found out that the number “57” on a Heinz ketchup bottle had nothing to do with the product label! The truth is that the place with the numbers is the sweet spot you should tap to get the ketchup flowing! So, stop banging the bottom of your sauce bottle already and hit the “57”! 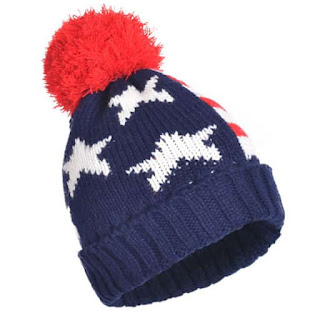 Aren’t pompoms attached to beanies to add an extra touch of cuteness? Apparently not. French sailors were the ones who invented this style, and pompoms actually served a very practical purpose. They prevented the sailors from hitting their heads against the ships’ low ceilings. Later, the pompom design was adapted by army troops, and that’s how they ended up decorating our beanies!

You’ve probably noticed that on the end of almost any measuring tape, there’s a metal stub with a small slot. If one of your hands is occupied, you can use this slot to hook your measuring tape over a nail head and continue your calculations – the tape will stay in place. Also, the stub is often serrated on one side so that you can make marks without having to use a pencil. 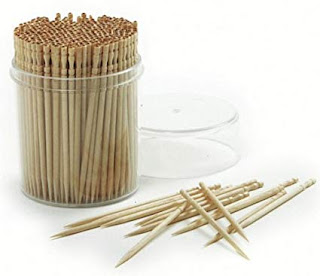 While I was doing my google research, I also found out that I’d been using toothpicks the wrong way! Now, I’m talking about toothpicks with grooves at the flat end. If you don’t have anywhere to put such a toothpick after using it, snap off the flat end at the first groove and put it on the table. Now, you can balance the used portion of your toothpick on the grooved part so that it doesn’t have to touch the table.
See also  8 Things Mentally Strong People Don't Do 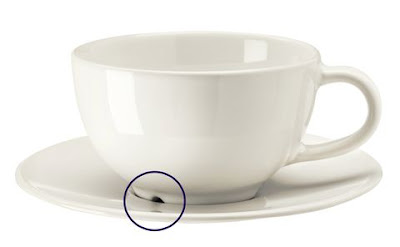 It turns out that a little groove on a cup or mug bottom serves several purposes! First of all, it lets cool airflow beneath the cup. It saves your favorite coffee mug from cracking when it gets heated up from the hot beverage. What’s more, when you wash cups placed upside down in the dishwasher, the grooves make sure that water doesn’t stagnate in the cup bottoms and spill all over your feet when you take the cups out. How thoughtful! 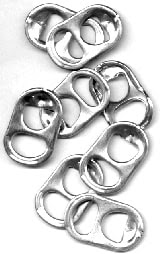 What could be simpler than a can of soda?  Don’t be so sure, the thing has its own secrets! For example, pay attention to the tab you pull on to open your beverage. Do you see a reasonably large hole in the middle? Let me introduce a designated place-holder for your straw. The only thing you need to do is to spin the tab around so that it’s over the can opening and push your straw through it. Now, who would have thought?

8. Little Dot Near the iPhone Camera 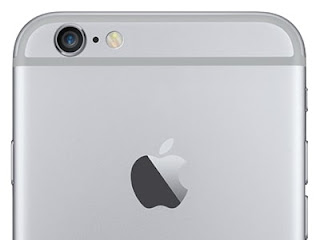 Despite what most people think, the tiny dot next to the camera on an iPhone is NOT the flash! Brace yourself – it’s one of the three microphones that starts recording once you switch on your back camera. It also helps to eliminate background noises when you’re recording videos in crowded places. 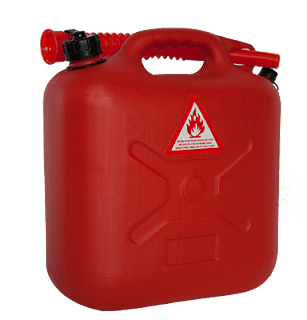 You might have wondered why most gas cans have two holes with caps, one bigger and one smaller. Before, I thought that the little hole is used when you pour something into a smaller container, but I was wrong. In reality, you’re supposed to uncap it before you pour the gas inside the bigger hole to prevent it from “glugging” and spilling on your clothes and the ground. 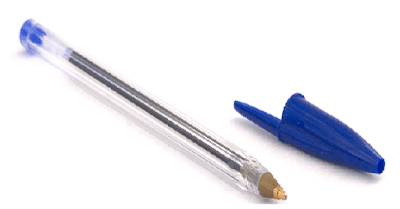 Honestly, I used to think that this little hole in the caps of most pens is just an offbeat way to keep the ink flowing. But no! Apparently, pen manufacturers know more about little kids than you can imagine. For example, they realized that one day, a child might end up choking on the innocent-looking pen cap. And to prevent the little ones from suffocating, they started to place holes in pen caps, so that even if one gets stuck in a child’s throat, the air can still get into their lungs. 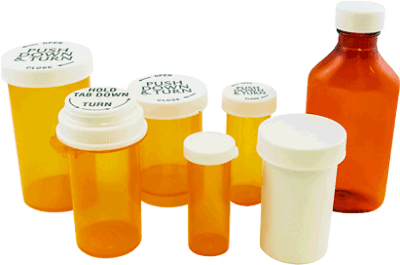 Ever got super frustrated when trying to open one of those childproof prescription bottles? Then you’ll understand my relief after I found out that there’s an easier way. If you don’t have small kids around, turn the lid on the bottle upside down and there you go! It’s no longer childproof.
See also  6 Types of Best Friends You Will Make in Your Life 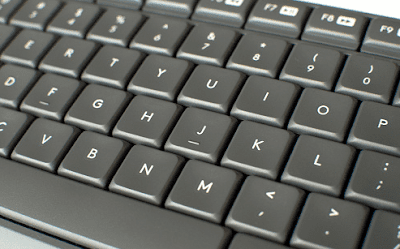 The small ridges on letters “F” and “J” on your keyboard are made so that you can type without looking down at the keyboard. This way, you’ll always know the initial position of your index fingers; and after that, it’s all about your muscle memory.

13. Hole in a Padlock Bottom 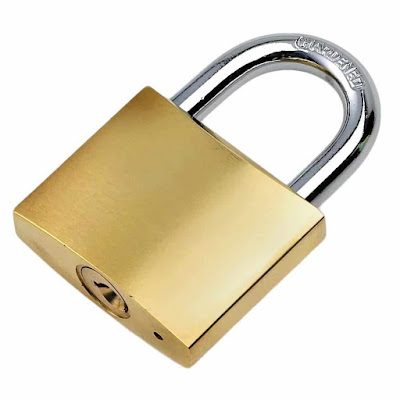 This tiny hole has a very important task: it helps to drain water from the outdoor lock after the rain, which prevents the thing from rusting and clogging. On top of that, you can also use this hole to oil the lock’s hinges so that it doesn’t get stuck. You should also remember that if a lock doesn’t have this small hole, you should only use it inside. 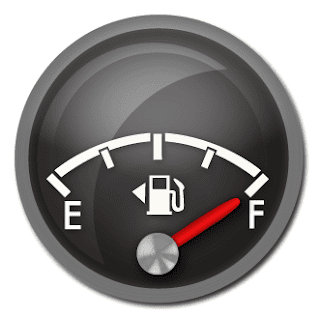 The next time you drive your car, pay attention to the little arrow next to the fuel tank sign on the gas gauge. The direction it points in isn’t random. The arrow shows the side of the car where your fuel tank is. Believe me, you’ll see the true value of this feature as soon as you rent a car and drive it to a gas station!

15. Fabric Squares That Come with Clothes

It puzzled me to no end that every time I bought a new shirt or a pair of pants, I found an attached Ziploc baggy that contained a tiny piece of matching fabric and a button sewn on it. Well, the purpose of an extra button is pretty clear, but what with the fabric? The shocking truth is that you’re supposed to try out your cleaning products on this piece of fabric first, so you don’t ruin the whole thing when you decide to wash it! 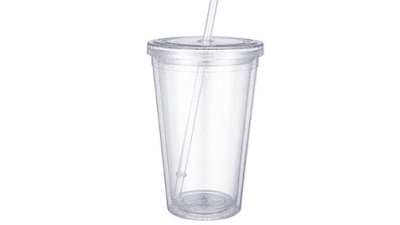 At first sight, everything is obvious about plastic lids on disposable cups – they keep your beverage inside, right? But that’s not all they’re capable of! As soon as you find a cozy spot and get ready to sip on your drink, you can use the lid as a coaster! If you look attentively, you’ll notice special ridges that snuggly hug the bottom of your cup. Each lid’s size fits the corresponding cup’s bottom. 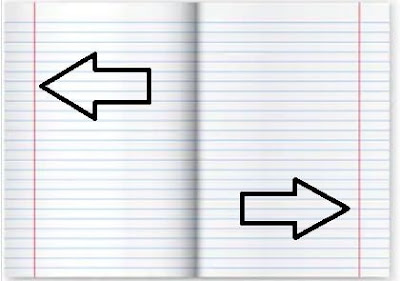 Well, I have to admit that this fact left me outright flabbergasted. It appears that originally, margins weren’t created for making additional notes! They used to protect your work from rats! In those times, rats were common residents in people’s homes, and they loved to snack on paper. That’s why, by leaving margins wide, manufacturers safeguarded the writing on the outer edges. Ah, rats!

18. Side Holes in Converse Sneakers 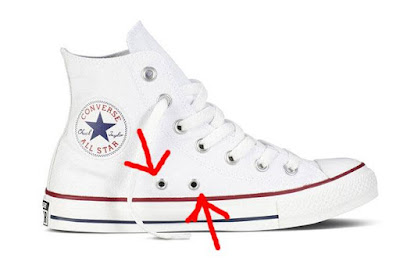 I have to make a confession – I’m an avid sneaker collector. But even though I have tons of Converse All-Stars, I could never figure out the purpose of the two extra holes located on the side next to the sole. I mean I read somewhere that they were for “additional airflow,” but seriously? Two tiny holes? It turned out I was right in my skepticism, and the holes are actually for laces. Since sneakers were originally invented for basketball players, this interesting design allowed them to accommodate any player’s foot. They just needed to lace their sneakers in a way that was most comfortable for them.
So there you have it! Pretty particular purposes for puny parts of personal possessions. How about you? Do you know about other things with hidden purposes?
Worth Reading Articles
1. 18 Things Designed For A Different Purpose (Part-2)
2. The Pareto Principle – Do more by doing less – 80/20 Rule
3. 9 proven ways to overcome depression
4. 10 reasons why meditation in the morning will change your life.
5. 59 Small Business Ideas that can be Started in very Little or No Time

If you enjoyed reading “18 Things Designed for a Different Purpose” then please share and do comment about your thoughts on this. You might see a bell icon on the left bottom side of your screen (If not simply open iynk.in in any browser), just click on it and subscribe for more future updates and important feeds. Stay informed @Information You Need to Know.
Post Views: 411