Are the Illuminati Real?

Are the Illuminati Real? 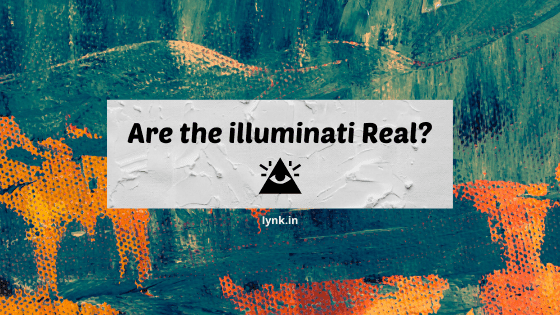 Let’s crave some of the facts that support the existence of the Illuminati.

The year was 1776. In Bavaria, new ideals of rationalism, religious freedom, and universal human rights competed with the Catholic church’s heavy influence over public affairs.

Across the Atlantic, a new nation staked its claim for independence on the basis of these ideas. But back in Bavaria, law professor Adam Weishaupt’s attempts to teach secular philosophy continued to be frustrated.

Originally an elite stoneworkers’ guild in the late Middle Ages, the Freemasons had gone from passing down the craft of masonry to more generally promoting ideals of knowledge and reason. Over time, they had grown into a semi-secret, exclusive order that included many wealthy and influential individuals, with elaborate, secret initiation rituals.

Weishaupt created his parallel society while also joining the Freemasons and recruiting from their ranks. He adopted the code name Spartacus for himself, after the famed leader of the Roman slave revolt. Early members became the Illuminati’s ruling council or Areopagus.

One of these members, Baron Adolph Knigge, was also a freemason and became an influential recruiter. With Knigge’s help, the Illuminati expanded their numbers, gained influence within several Masonic chapters, and incorporated Masonic rituals.

By 1784, there were over 600 members, including influential scholars and politicians. As the Illuminati gained members, the American Revolution also gained momentum. Thomas Jefferson would later cite Weishaupt as an inspiration.

European monarchs and clergy were fearful of similar revolts on their home soil. Meanwhile, the existence of the Illuminati had become an open secret. Both the Illuminati and the Freemasons drew exclusively from society’s wealthy elite, which meant they were constantly rubbing shoulders with members of the religious and political establishment.

Many in the government and church believed that both groups were determined to undermine people’s religious faith. But these groups didn’t necessarily oppose religion— they just believed it should be kept separate from governance.

Still, the suspicious Bavarian government started keeping records of alleged members of the Illuminati. Just as Illuminati members have begun to secure important positions in local governments and universities, a 1784 decree by Duke Karl Theodor of Bavaria banned all secret societies.

While a public ban on something ostensibly secret might seem difficult to enforce, in this case, it worked. Only nine years after its founding, the group dissolved, their records were seized, and Weishaupt forced into exile.

The Illuminati would become more notorious in their afterlife than they had ever been in their brief existence. A decade later, in the aftermath of the French Revolution, conservative authors claimed the Illuminati had survived their banishment and orchestrated the overthrow of the monarchy.

In the United States, preacher Jedidiah Morse promoted similar ideas of an Illuminati conspiracy against the government. But though the idea of a secret group orchestrating political upheaval is still alive and well today, there is no evidence that the Illuminati survived, reformed, or went underground.

Their brief tenure is well-documented in Bavarian government records, the still-active Freemasons’ records, and particularly the overlap between these two sources, without a whisper since.

In the spirit of rationalism, the Illuminati embraced, one must conclude they no longer exist. But the ideas that spurred Weishaupt to found the Illuminati still spread, becoming the basis for many Western governments today.

These ideas didn’t start or end with the Illuminati— instead, it was one community that represented a wave of change that was already underway when it was founded and continued long after it ended.

Worth Reading Articles
1. 26 Psychological Tricks to Convince People to Do What You Want
2. The Real Meaning of the Dream You Might Have Had Once
3. Kakeibo: A Simple Japanese Money Trick to Become 35% Richer
4. 26 Short Facts That Explain Lots of Confusing Things

5. 10 Harsh Truths Many People Are Afraid to Admit

See also  Why Joe Biden Will Forever Be A Man Of The People
If you enjoyed reading “Are the Illuminati Real?” then please share and do comment about your thoughts on this. You might see a bell icon on the left bottom side of your screen (If not simply open iynk.in in any browser), just click on it and subscribe for more future updates and important feeds. Stay informed @Information You Need to Know.
Post Views: 351

Most Effective Way To Kill A Virus