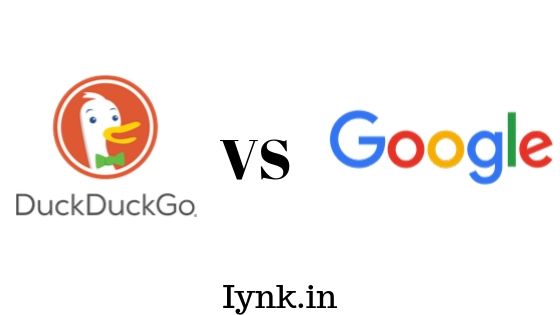 Welcome, today we’ll discuss Is DuckDuckGo better than Google?. I am sure you might be confused at this moment but yeah let’s find out.

DuckDuckGo is a search engine that never tracks your footprints. This browser never stores cookies which enables a user to surf the internet with a feeling of freedom. By default, it never stores your IP address, never look into your browsing history that means it will never follow a user for ads purpose.
DuckDuckGo was first founded on February 29, 2008, by Gabriel Weinberg Valley Forge, Pennsylvania. Weinberg is an entrepreneur who previously launched Names Database, a now-defunct social network. Initially self-funded by Weinberg, DuckDuckGo is advertising-supported, but the user has the option to disable ads. The search engine is written in Perl and runs on nginx, FreeBSD, and Linux.DuckDuckGo is built primarily upon search APIs from various vendors. Because of this, TechCrunch characterized the service as a “hybrid” search engine. Weinberg explained the beginnings of the name concerning the children’s game duck, duck, goose.
He said of the origin of the name: “Really it just popped in my head one day and I just liked it. It is certainly influenced/derived from duck duck goose, but other than that there is no relation, e.g., a metaphor.” DuckDuckGo was featured on TechCrunch‘s Elevator Pitch Friday in 2008, and it was a finalist in the 2008 BOSS Mashable Challenge.

And In July 2010, the company released its forums or community website (duck.co) where a user can report problems, discuss means of spreading the use of the search engine, request features, and discuss open–sourcing the code.

” The search engine that doesn’t track you. ” It says on the home page of duckduckgo.com.

How did Gabriel Weinberg start DuckDuckgo?

He realized that one of the reasons they didn’t spend time on the product was he wasn’t that interested in it. He’s not a big social networker. He realized he wanted to work on something he’s actually excited about and could see himself working on for a decade or more. But he couldn’t figure out what that was. For the next year and a half, he tried out a bunch of companies and products.
He started a Meetup.com competitor. He started a golf social network which was super bone-headed because he doesn’t golf. He also started a genealogy site.

How did he settle on DuckDuckGo?

Search is really appealing to him because you essentially have infinite space. People can type in anything and you need to return something interesting and ideally answer the question without having to click around. The Internet has exploded with all these different sources, with Wikipedia being the one people think about first. Bringing together those sites in an interesting way appealed to him and still does.
So,

Is DuckDuckGo better than Google?

Well, in my opinion, yes. DuckDuckGo’s primary feature that represents privacy is the most loved feature for any user who doesn’t want to get their privacy getting exploited or being sold to others. Right now I really want to bifurcate or highlight the few strong reasons,

Why DuckDuckGo is better than Google?

Here are the 10 reasons Why DuckDuckGo is better than Google.

1. DuckDuckGo distinguishes itself from other search engines by not profiling its users and by showing all users the same search results for a given search term, and emphasizes returning the best results, rather than the most results, generating those results from over 400 individual sources, including crowdsourced sites such as Wikipedia, and other search engines like Bing, Yahoo!, and Yandex.
2. DuckDuckGo positions itself as a search engine that puts privacy first and as such it does not store IP addresses, does not log user information, and uses cookies only when required. Gabriel Weinberg, the creator of DuckDuckGo, states: “By default, DuckDuckGo does not collect or share personal information. That is our privacy policy in a nutshell.” However, they do maintain logs of all search terms used.
3. Weinberg has refined the quality of his search engine results by deleting search results for companies he believes are content mills, such as Demand Media‘s eHow, which publishes 4000 articles per day produced by paid freelance writers, which Weinberg says is “low-quality content designed specifically to rank highly in Google’s search index”. DuckDuckGo also filters pages with substantial advertising.

You can also read: Piratebay

4. In addition to the indexed search results, DuckDuckGo displays relevant results, called Instant Answers, on top of the search page. These Instant Answers are collected from either 3rd party APIs or static data sources like text files. The Instant Answers are called zeroclickinfo because the intention behind these is to provide what the user is searching for on the search result page itself so that the user does not have to click any results to find what they are looking for.
5. In August 2010, DuckDuckGo introduced anonymous searching, including an exit enclave, for its search engine traffic using the Tor network and enabling access through an onion service. This allows anonymity by routing traffic through a series of encrypted relays. Weinberg stated: “I believe this fits right in line with our privacy policy. Using Tor and DDG, you can now be an end to end anonymous with your searching. And if you use our encrypted homepage, you can be end to end encrypted as well.”
6. DuckDuckGo includes “!Bang” keywords, which give users the ability to search on specific third-party websites – using the site’s own search engine if applicable. As of July 2019, 12,547 “bangs” for a diverse range of Internet sites are available.
7. And it also does some cool things that Google can’t, which are as follows
7.1. Social media bio
DuckDuckGo lets you see the social media profiles of people without leaving the search engine. To look up a Twitter bio, you need to search for the handle. For Google+, type G+ and then the name of the user. For Gravatar, just type Gravatar, and then the username you want to look up.
7.2. App store search, alternatives to apps
Search for any popular app on DuckDuckGo and you will find that it shows a carousel full of apps with similar names. Clicking on any one of the cards on the carousel will show you the price of the app, description, and links to the store. This feature doesn’t work with very obscure apps, but it can find most of the well-known ones.
7.3. Shorten and expand links
Want to find out which websites are at the end of shortened links Open DuckDuckGo and search “expand http://bit.ly/2milygf“. Also, if you want to shorten long URLs, enter “shorten https://www.iynk.in/2019/08/how-to-drive-car-in-india.html“ to get a URL shortened using https://is.gd/7GtX6c.
7.4 Generate passwords
Can’t think of a strong password? Just head to DuckDuckGo and search for “Password 20”. You’ll see a strong 20-character password. You can replace the number to change the number of characters in the password. If you find those random passwords hard to remember, you can make DuckDuckGo generate XKCD-style passwords. These passwords comprise four common words put together, which are easy to remember and hard to crack, and were first suggested in the popular Web comic XKCD. For these passwords, search “Random passphrase”.
7.5. Quick stopwatch
Both Google and DuckDuckGo let you create a quick timer (search for “timer”) but DuckDuckGo also has a stopwatch. Simply search for “stopwatch” to use it.
7.6. Change case and check the number of characters
Want to change a sentence to Title Case, lowercase or UPPERCASE? Just add one of those three terms before your sentence and key it in on DuckDuckGo. For example, “Uppercase iynk.in” leads to “IYNK.IN”.
And many more…
8. Its clean interface and simple user experience make using the platform a somewhat-unique search experience. Usability seems to be a primary focus, and it shows. It’s also aesthetically pleasing while still following the basic concept and layout of other search engines.
9. It’s growing in popularity the more users, the more profit, the more resources = better search engine.
10. In addition to the results of your search, DuckDuckGo often will provide a snippet of data with quick information about the topic of your search. Great for an immediate answer; saving you a trip to Wikipedia (or other sites including Crunchbase, StackOverflow, or Github). A handy little innovation that makes searching with DDG more efficient.
And this brings us to the end of “DuckDuckGo: Is it better than Google?” hope you enjoyed reading it, if so then please let me know in the comments and stay tuned for more.
Post Views: 359
See also  6 Types of Best Friends You Will Make in Your Life

10 reasons why meditation in the morning will change your life.