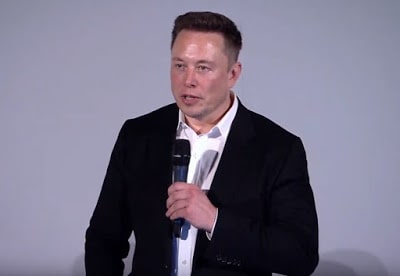 Proving that his brain cell can still generate grand ideas, the man responsible for Tesla, SpaceX and The Boring Company took to a San Francisco stage on Tuesday evening July 16, to shed light on Neuralink, an outfit launched by Elon Musk in 2016 aimed at developing “ultra-high bandwidth brain -machine interference to connect humans and computers.”
Musk said Neuralink is already developing a system for people suffering paralysis that will allow actions to be performed just  by thinking about them. It means, for example, that those unable to move their limbs would be able to control devices such as smartphones and computers simply with thoughts.

The billionaire entrepreneur had, until now, revealed little about Neuralink, but at the special event, he said its main goals were to understand and treat brain disorders, and also to “preserve and enhance your own brain” to keep pace with artificial intelligence (A.I.)
Musk said Neuralink is seeking approval from U.S. Food and Drug Administration (FDA) to start human trails as early as 2020.

Notably, its technology uses a highly intricate, custom-build  robot capable of performing procedures- under the direction of neurosurgeon-with far more precision and much less risk than existing methods, with operations able to take place under local anesthetic.


During an operation, implants for transferring thoughts to control devices would be inserted by the robot into the brain via 8mm hole laser-drilled into patient’s skull. Part of the procedure also involves inserting numerous information-transmitting “threads” connected to implant. The super thin threads are an advancement on current electrodes as they’re flexible, thinner, less likely to damage brain tissue, and can transmit much more information.
The implants connect with a wearable computing device called The link that’s placed behind the patient’s ear. This makes it easy to apply software or firmware updates, the team said.
Max Hodak, president of Neuralink, acknowledge that researchers around the world have for many years been developing similar system that interact with the brain to ease condition such as Parkinson’s disease but said his team’s technology is a big step forward in terms sophisticated and safety.
If you liked “Elon Musk’s Neuralink is planning to start operating on human brains next year“, then please share it with your friends and family and stay tuned for more
Post Views: 358
See also  10 reasons why meditation in the morning will change your life.