When you hear the word mafia, you think of a cool, violent group of people in black suits who always carry a gun and shoot whoever disagrees with them.

At least that’s how Hollywood portrays them in movies such as Goodfellas, Boardwalk Empire and so on.

Mafias are organizations like corporations whose main objective is to make money.

The only difference between normal businesses and the mafia is that they do it illegally. And since we cover business topics.

Let’s try to figure out how the mafia makes money, but to do that we have to understand 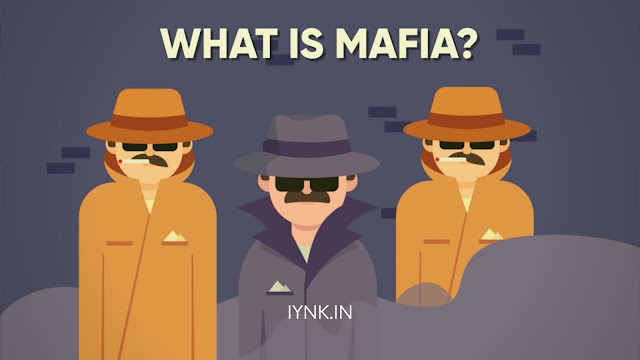 As I have mentioned before, Mafias are like corporations but they are usually run by families that come over, claim sovereignty over a territory and starts forcing every business under their rule to pay them a share of their profit.

Back in the day, in the 19th century, in some parts of the world such as Sicily, the government couldn’t protect businesses from thieves and burglars and enforce low.

So if the police can’t do its job, someone else had to take that responsibility and that’s how the Sicilian Mafia began.

Sicilian Mafia offered protection but required businesses to pay a certain portion of their profits to the mafia and it made sense to businesses.

If you are protected by the Mafia, No one will mess with you because the mafia made sure that it portrays an image of fear and violence, so that no one would mess with you.

Otherwise, they know that they will have to deal with the mafia. The mafia acted more like a government that enforced order in the streets.

At this point, it seems like the mafia was doing a good job, but not everything is as shiny as it seems.

If you refuse to pay them “their share” of your profit, you will have to protect yourself from them which is a really bad idea.


But if you join with them, They will help to deal with your competitors.

If your neighboring store starts working harder and attracting more clients, all what you have to do is to call your mafia boss, and they will wipe them from the face of the earth.

So that you remain the only store in the area. Besides collecting taxes, mafias are usually involved in illegal businesses where the competition is small or doesn’t exist at all and the profits are extraordinary.

Such as money laundering, prostitution, drug trafficking, weapon dealing, smuggling, robbery, and the list goes on and on. During the prohibition period in the United States, when there was a ban on the production, transportation, and sale of alcoholic beverages the mafia was all in, they took over the entire alcohol industry.

Because only the mafia had the manpower to move alcohol and sell it across the country illegally.

In the 1970s and 80s, The American mafia created schemes to avoid paying taxes when selling gasoline. So they crashed their competitors by lowering their prices and still be profitable, that earned them millions of dollars that they suppose to pay to IRS.

Michael Franzese, which you might know from the Valuietaiment interview, if you haven’t watched then you absolutely should, organized a gas scandal and stole over $290 million in gasoline taxes by evading the IRS) and shutting down the gas station before government officials could make him pay what he owed.

The mafia grew so exponentially that they expanded into many other industries, such as restaurants, bars, construction and so on.

It might seem like mafias are a thing of the past but they exist even today. But, of course, they are nowhere as powerful as they were in the past.

Yakuza for instance which is one of the most popular mafias in the world had over 180 thousand members in 1960s, however, their numbers dropped to a few thousand in recent years. And the same has happened to almost all other mafias across the globe.

Join this amazing community of Iynk.in with over 5000+ users by subscribing to our email newsletter. Don’t forget to verify 🙂

Why some people move on easily after a relationship ends?