How to Manage Your Money (Only 5% Know This) 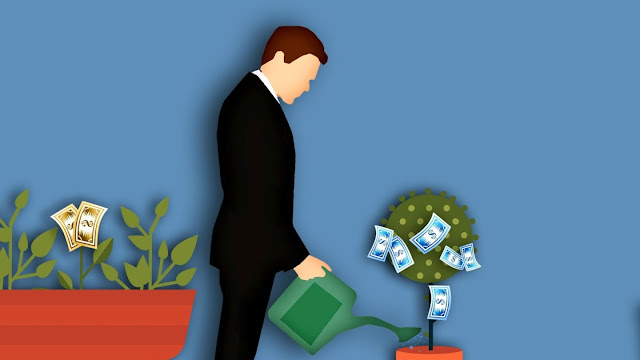 Here’s an interesting fact for you. Since the beginning of the year 2000, 6% of the world’s population was using the internet but right now, almost 20 years later in the present year of 2021, that number has climbed over 55%.

Because of this, the way people do shopping has been revolutionized since the introduction of e-commerce. Not only that, in this rise of the digital age, there’s been a huge growth of new opportunities for new entrepreneurs crossing over from the employee quadrant to run an online business and work independently for themselves.

With the power of the internet, the ability to create large income streams from never having to create a traditional Brick and Mortar business is now truly possible and in fact not uncommon.

We can see that there is a lot of money to be made online such as YouTube, Amazon, Affiliate Marketing, Social Media Marketing, and so on.

Now… You can make extraordinary income from these avenues, but SURPRISINGLY it’s not just about how much money you earn. What sets you apart from the majority of the world is what you do with that money that really matters especially if you’re brand new in the business world.

Tell me. If you received a large commission check that you made from your business, would you immediately deposit it into your own personal bank account?

Hm. Interesting. If you said yes, there’s a high chance you would probably end up just like the rest of the 80% of the population that would have to continuously work for money for the rest of their lives.

That’s because there are 3 different kinds of business strategies from each of the 80%, 15%, and upper 5 percent of the population. Let’s break it down for you. 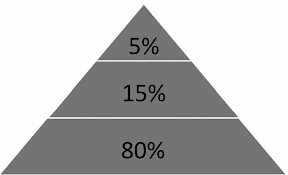 1. 80% of the population when they get older, they’ll usually have to work to make money or become dependent upon the government or their family.

2. Next, there’s 15% of the population which is considered the middle class. They live comfortable lives and usually end up with a net worth of a million dollars.

3. An then there’s the Upper 5% which their net worth would have to be at about 5 Million dollars and more.

Now that you have an overview of the 3 groups, by the end of this article, you will learn the differences of each of these groups and the best ideas of how to manage money like the rich upper 5% using their business strategy.

So… let’s start with the 80% Let’s say Joe earned a commission check from his Marketing business and that check is $5000.

Like everybody, Joe is excited to receive the commission check and he deposits it into his own personal bank account. Now, this might seem normal for many of you but the problem is if you run a business… that $5000 is untaxed and you don’t own all of it.

They’ll never think about debt reduction which is a huge problem because they think how they’ll do it that later. Once you deposit into your own personal account, it’s considered yours now so you’re already missing out on the tax benefits and eventually have to overpay more in taxes because your own Personal Bank Account is not an LLC, S. Corp, limited partnership, or a corporation.

Now let’s take a look at how the 15% would have handled that same commission check of $5000. They understand that the government will be taking their portion of the money.

So… in this case, we have Darren. He was smart enough to create an LLC for his business so technically he doesn’t own the business as something personal so he’s eligible to all the tax advantages.

He gets the same check but now instead of depositing it into his own personal bank account, the check goes right into a business account and the money automatically splits into 3 accounts.

The check hits the business account and instantaneously $1650 of the $5000 goes directly into Darren’s tax account. That’s 33% which will be untouched and saved for later when the time comes to pay his taxes.

Next – $1650 or less goes into his business expense account. This is where he runs his business that has expenses such as marketing, advertisement, cost of products, etc.

As an entrepreneur, you’re going to run a business, in this account, you should start taking better write-offs so having a hired CPA will be beneficial.

And finally, about 34% of the money gets transferred into the home account leaving $1700.

Now simply doing this, get you better organized and prepared to manage your money without any hassles when it time to do your taxes. And the biggest advantage you’ll able to notice is you can have more savings in your bank account by the end of the year because you’re were happy to be able to pay off taxes at a lower rate with great business write-offs.

See also  7 Psychological Tricks That Will Make You Rich

Now, let’s take a look at what does the Upper 5% does it. Let’s say Susan gets the same commission check of $5000. What happens?

Actually, everything starts off the same way as Darren. But now, we see the money gets split up even more, once it goes through a 3rd account that which is called the investment account.

Here’s where things get really interesting. The investment account operates in a systematic way where the wealthy can organize different accounts, each with their own special tasks.

The money will get split up to go into home expenses, retirement savings, online business, real assets, and into an account just for entertainment. Within these accounts, you can see some of them are basically assets that can grow over time as new checks come in.

The more the assets grow, the more passive income pours in, which ultimately leads to bigger checks coming in through this cycle which creates a snowball effect over time.

And now you know how you can manage money like the upper 5%.

* Watch this video to learn more

Here is How To Never Waste Your Time Again

The Power Of Silence – 5 Advantages of Being Silent