Psychopath VS Sociopath – What’s The Difference?

Psychopath VS Sociopath – What’s The Difference? 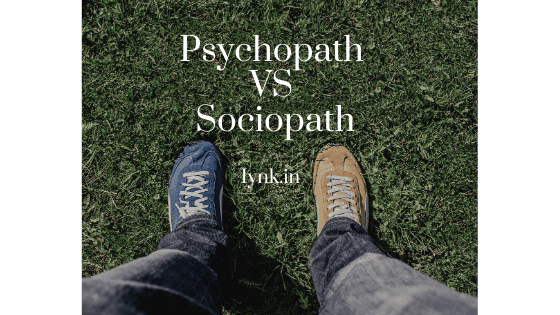 When we think of the words “psychopath” and “sociopath” we often think of them as meaning the same thing.

But what many people don’t know is that there are major differences between the two.

Although they seem similar, they are in fact very different. Psychopathy and sociopathy are classified as antisocial personality disorders.

And although both of these disorders do share similar characteristics, there are a number of traits that differentiate them from each other.

To better understand psychopathy and sociopathy, here are the five key differences between the two. 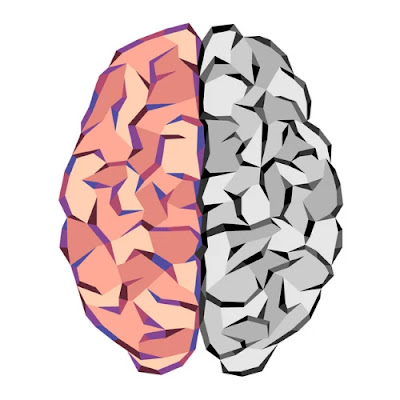 One of the most important distinctions between psychopaths and sociopaths is how they are created.

Most psychologists will say that psychopathy is a disorder you are born with.

This implies that the disorder is passed down through genetic coding, and if a member of your family is classified as a psychopath, you could very well be carrying the same traits that have classified them as one.

Medical research has shown that the brain function of a psychopath is critically different than those of “normal” individuals due to the fact that their brains are structured differently.

Many psychopaths are accompanied by a general lack of emotion-regulation and also have a hard time controlling their impulses.

When it comes to sociopaths, they often are born without any disorders.

Sociopathy is more of learned behavior which is influenced by the environmental factors of the individual’s life.

Most of these environmental factors have to do with childhood trauma, history of abuse to the individual, or how they were raised.

As a result of their upbringing, a rather large number of sociopaths tend to be even more impulsive than psychopaths, and they spend less time thoroughly calculating their decisions and how they will act upon them. 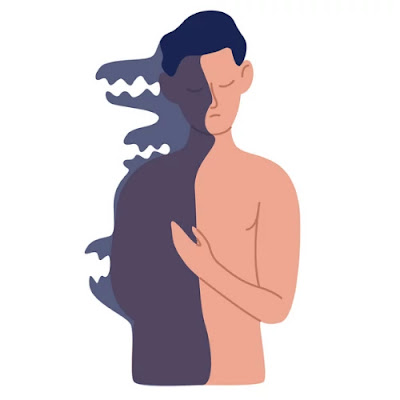 Psychopaths are often more likely to commit crime due to the fact that they lack the basic feelings of empathy that most other people are used to.

They can be very cunning and manipulative, and they can spend copious amounts of time calculating their actions.

Psychopaths are known con-artists, and they often commit white-collar crimes such as fraud or money laundering.

They carefully plot their ideas and often use aggressive behavior to obtain what they want from someone.

The two basic emotions that most psychopaths tend to lack are fear and distress.

For example, if you walked up from behind somebody and clapped your hands behind their head, they would most likely jump and become rather startled.

But scientists have learned that if you did the same to a psychopath, they will often remain neutral and calm, not seeming to be affected by the action at all.

Psychopaths tend to be very calm and collected under pressure, and often share a common trait that scientists call “A resilience to chaos.”

This means that psychopaths thrive in situations that other people would typically find highly stressful.

Psychopaths have an easy time remaining calm and are meticulous in planning their steps.

This makes them more threatening to others and allows for an increasingly more dangerous criminal record.

When it comes to sociopaths, they are typically more nervous about things and easy to put on edge, despite the common trait they share with psychopaths a cunning and charming appearance.

Although psychopaths spend fair amounts of their time planning their activities, sociopaths are more impulsive, and their actions are more erratic than those of psychopaths.

Sociopaths tend to have a general problem with anger, and often have anger issues, sending them into random fits of rage out of nowhere.

The aggression that accompanies them, fused with their inability to cope with stress, allows for a tendency to create dangerous situations.

Sociopaths are not only hostile themselves, but they are more likely to interpret other peoples’ behavior as hostile, which influences them towards revenge.

Lots of this anger that derives from sociopathy results in rage towards others in harmful and sometimes even deadly ways.

And since sociopaths are less meticulous and less careful about their actions, the crimes they commit are generally sloppy and less thought out. 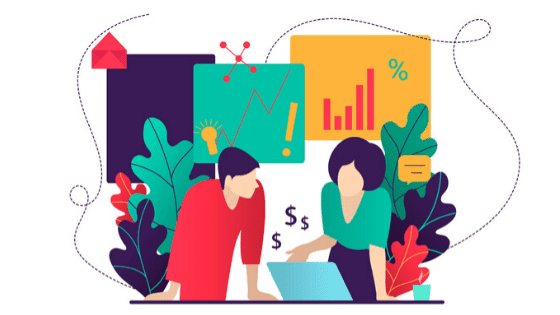 Psychopaths are usually very manipulative and imperious. They know how to mask their true nature and use their charming character to influence you into giving them what they want.

Individuals classified as psychopaths will sometimes spend a lot of their time practicing their manipulative techniques.

They may appear to be completely normal and trustworthy, which is what draws you into their web.

A lot of psychopaths end up managing successful and high-end careers, such as managing a company, running a business, or becoming a CEO.

They tend to be extremely intelligent and know how to word their phrases in order to trick you into trusting them.

Not to mention, psychopaths are usually also very good at reading people’s emotions.

They are incredibly skilled in faking their emotions and feelings, and they use what they know about emotions to learn how to successfully manipulate them for their own personal gain.

Sociopaths aren’t as gifted when it comes to these mind-reading abilities.

Since sociopaths are often very awkward and will avoid social interaction, other individuals will simply label them as “weird” or “a little off.”

When a sociopath is called out for doing something wrong by societal standards, they will often blame others for their misbehavior.

Sociopaths also tend to make it clear to everybody else that they are only worried about themselves.

And unlike psychopaths, sociopaths tend to have major difficulties in keeping jobs, due to the fact that they are so unreliable and crude.


See also  Find a Job by Following These 8 Simple Steps 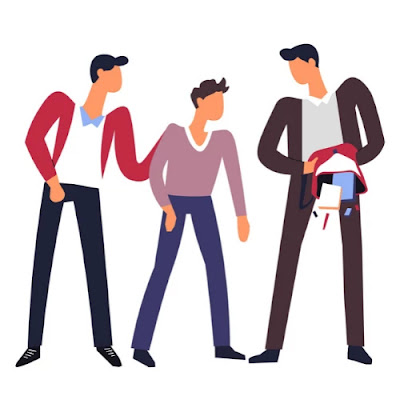 Conscience plays a very important role in determining whether or not somebody is a psychopath or a sociopath.

Psychopaths do not have a conscience. There is nothing in their brain that tells them when they are doing something wrong.

If a psychopath lied to you to obtain your money, he wouldn’t feel sorry about it.

Rather, he would portray the learned emotions of an innocent individual to keep himself from getting into any trouble.

Sociopaths are sort of different. The main difference in conscience between psychopaths and sociopaths is that sociopaths actually have a conscience.

This conscience, however, is extremely vague and disregarded. When a sociopath misbehaves or commits a crime, they may be able to recognize that it is wrong, but that will not stop them from continuing to commit the action. 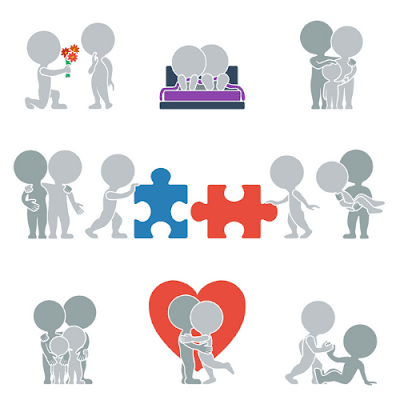 Since psychopaths are out to use people for their own personal gain, they often have a difficult time forming relationships or attachments with other individuals.

Instead of going through the trouble, they often form fake or shallow relationships which they tend to have the most control over.

They learn how to manipulate their significant other over time while masking their sadistic qualities.

Regular people are seen as psychopaths as pawns in a lifelong game of chess.

Psychopaths will get to know their pieces, so they can carefully move them accordingly – for their own benefit.

Although sociopaths have major difficulties forming relationships and attachments with others, they can still form and maintain relationships.

Sociopaths have a hard time maintaining their relationships because of how emotionally erratic they are.

And although psychopaths can mimic other people’s behavior and portray a seemingly healthy and happy lifestyle, sociopaths don’t represent such a life.

They often don’t care how they are seen by others in the outside world.

Both psychopaths and sociopaths are unable to significantly portray feelings of empathy and common sense, and both have trouble relating to regular human emotions – and that’s what makes each extremely unpredictable and oftentimes dangerous.

However, it’s important to note that while these people may seem frightening and dangerous, not all of them are.

Violence is not present in many individuals who suffer from psychopathy or sociopathy, but it often sits in the back of their minds, waiting to be awoken.

Having said that, psychopaths and sociopaths are everywhere, and they can present risks to our society because they will often try their hardest to live a seemingly normal life while coping with their disorder.

Join this amazing community of Iynk.in with over 5000+ users by subscribing to our email newsletter. Don’t forget to verify 🙂
Worth Reading Articles
1. What Causes Anxiety – 16 Surprising Triggers

2. 14 Risks Everyone Should Take In Life
3. 5 Things That Are Not Significant In Life
4. 12 Signs You’re Being Gaslighted Without Knowing It

5. The 12 Life-Changing Laws of KARMA

If you liked reading “Psychopath VS Sociopath – What’s The Difference?” then please share and do comment about your thoughts on this. You might see a bell icon on the left bottom side of your screen (If not simply open iynk.in in any browser), just click on it and subscribe for more future updates and important feeds. Stay informed @Information You Need to Know.

14 Things You Should Never Apologize For