Where is Planet 9? Everything you need to know about Planet Nine

Where is Planet 9? Everything you need to know about Planet Nine. 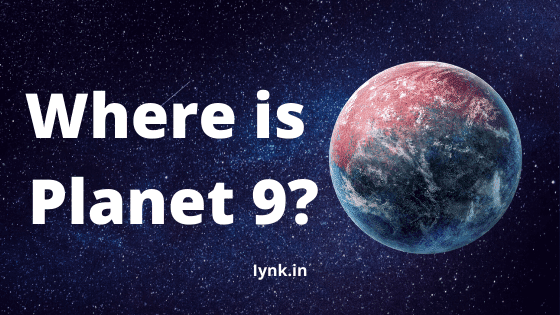 People have always been dreaming of conquering other galaxies and exploring space far away from our home.

But the thing is that there are enough enigmas in our own Milky Way galaxy! Even better, there is one right inside our Solar System!


This mystery is lurking somewhere on the outskirts of the planetary system, puzzling astronomers to no end.
Once upon a time, scientists noticed that something bizarre and inexplicable was causing chaos out there, in space.
A mysterious celestial body was influencing the orbits of six smaller object in Kuiper Belt, far, far away from our home planet.
This something got the name of “Planet Nine” and a much more offensive nickname “Fatty.”
Well, no wonder: the thing was 10 times heavier than Earth! But soon after astronomers started to research the hypothetical planet, things took an unexpected turn.
But before I tell you all about this new development, let me summarize

Everything I know about Planet Nine.

So, as I’ve already mentioned, the thing is massive: more than 10 times bigger than Earth and around 5,000 times as large as Pluto!
That’s why the planet might have great gravitational force. It also means that Planet Nine is likely to be an ice giant.
You see, rocky planets, like Mars or Earth, can’t grow bigger than a certain size because they are, well, pieces of rock.
If they became as huge as Saturn or Jupiter, they would turn into ginormous gas giants as well.

But ice giants are another matter: they aren’t as massive as gas giants but have a similar atmosphere. 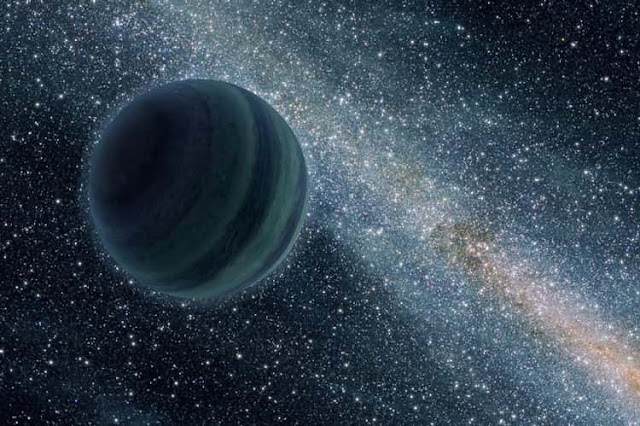 And since it seems that Planet Nine doesn’t have the impressive size of a gas giant but is bigger than any rocky planet, there can be only one conclusion – an ice giant!
If “Fatty” does exist, people will most likely have to rewrite astronomy books! We used to believe that Neptune is the furthest planet from the Sun.
But now, it may turn out that Planet Nine is the champion, being 20 times further away from the center of the Solar System than Neptune!
In other words, it’s 56 billion miles away from the Sun, and NASA’s New Horizon Probe would need more than 50 years to reach the mysterious planet!
By the way, the probe got to Pluto after only 9 years of traveling through space.
Also, if you lived on Planet Nine, your year would last 10,000 to 20,000 Earth’s years!
That’s the time “Fatty” needs to orbit the Sun because of the immense distance between these space objects.
And if it’s difficult for you to visualize how long it is, just think of this: the last time Planet Nine was in the same place, mammoths were still roaming our planet. 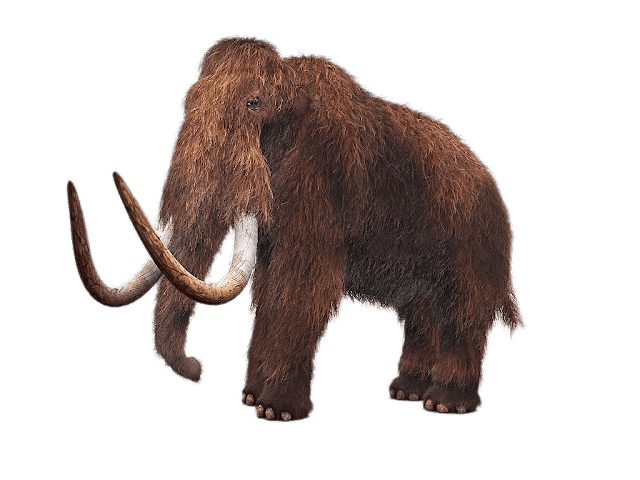 Oh, and there were barely a few million people on the whole Earth. Of course, until scientists see Planet Nine with their own eyes, they can’t say for sure that it exists.
But the evidence they have is quite solid, and the chance that the planet doesn’t exist is really small – like one in 15,000!
Otherwise, why would 13 space objects outside the orbit of Neptune behave so strangely, clustering and tilting in a weird way? Only if a massive, far-away planet made them all swing in one direction!
And since there is no other massive planetary body in that area – hello, Planet Nine! Beware, astronomers are on the hunt!

You can also read: How does SpaceX make money?

Obviously, with such an enormous distance separating Earth and the hypothetical planet, it’s bound to be very difficult to spot “Fatty.”
But scientists don’t give up hope: they’re looking for the planet using infrared equipment.
If Planet Nine does exist, it’s supposed to leak infrared radiation. But so far, all that scientists have detected is weird gravitational effects on the outskirts of the Solar System.
But then, what if Planet Nine isn’t a planet at all? The idea, which first appeared in 2019, suggests that the object that has created all this hullabaloo, might be… a black hole! Wait, wait, wait.

But apart from these impressive giants and smaller holes, there might be one more type of black holes – primordial.
The problem with them is that scientists have never got any real proof of their existence – they just suppose that there are primordial black holes somewhere out there.
These holes are insanely old and quite tiny (of course, by black hole standards).

Astronomers believe that they appeared some milliseconds after the Big Bang and might have witnessed the whole history of the Universe.
At that time, not even stars or galaxies were born yet. By now, the smallest primordial black holes are likely to have evaporated away, but the bigger ones can still be scattered around the Universe.
As for how primordial black holes appeared in the first place, in the very beginning, space wasn’t the same. In some places, it was hotter, in others – cooler, and some regions were denser.
It sounds like some of the people I hang out with. Scientists suppose that these dense areas could collapse into primordial black holes.
But the most interesting thing is that these holes are likely to be so small exactly because they popped up right after the Big Bang! The longer it took them to appear, the larger they were.
The difference could vary from the mass thousand times greater than that of the Sun to the weight of a Jelly Bean. But let’s return to Planet Nine – or should I call it Primordial Black Hole Nine now?
Once again, astronomers haven’t seen the planet with their own eyes. The only thing that proves its existence is how it influences the behavior of other space bodies.
But let’s not forget that black holes are also notorious for their gravitational pull! So, why don’t we suppose that the thing hiding on the outskirts of the Solar System isn’t a mysterious, unidentified planet, but a mini black hole?
But even if this guess is correct, you have nothing to worry about: Earth isn’t in danger.
Primordial black holes are too small and weak to cause any serious harm to our planetary system.
But at the same time, they can mess with objects careless enough to get too close. (slurp – oops!) But what made astronomers come up with the idea of primordial black holes at all?
For one thing, it was an inexplicable brightening of stars, as if some massive but almost transparent object was passing in front of them.
What’s more, these stars not only started to shine brighter for a brief moment, but they also seemed curved, as if you were looking at them through a giant magnifying glass!
Besides, when scientists created a computer model of a primordial black hole 5 to 10 times as heavy as Earth and with an orbit very distant from the Sun, they got really interesting results.

The pattern of this model resembled the events happening in the region of Kuiper belt a bit too much for it to be a coincidence!
And finally, a primordial black hole would explain why hypothetical Planet Nine can’t be seen and doesn’t produce infrared radiation.
But one of the main reasons why astronomers would be ecstatic should Planet Nine turn out to be a primordial black hole is the mystery of dark matter!
You might know that scientists are still in the dark (yes, the pun was intended) about what exactly dark matter is, which makes up to 30% of the Universe.
But guess what? Primordial black holes could be the very dark matter astronomers are searching for! Or at least, a kind of dark matter named MACHOs (which stands for massive compact halo objects).
Well, it makes me believe that with astronomers being so motivated, we’ll soon get to know the real nature of Planet Nine slashes Primordial Black Hole! Or maybe — it’s only a half-mass black hole… can’t wait to find out!
If you enjoyed reading “Where is Planet 9? Everything you need to know about Planet Nine” than please let me know in the comments and stay tuned for more.

Mobile Apps for students that keep them focused